Last night was a big night for Rosé Media’s sister company, Tweet the Bride. About 50 high-end wedding vendors met at The Loft at 600 F to discuss the latest trends in weddings, so it was very exciting to be a part of this group of innovators. Tweet the Bride live-instagammed the event from the @aisleperfect handle (115k followers!!!)… 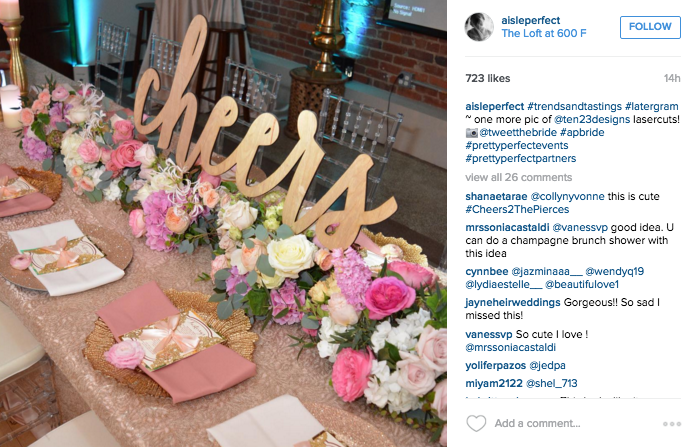 …and I took the mic for a moment to discuss wedding tech trends, such as:

Check out the #trendsandtastings feed on Instagram to see what else you missed last night.